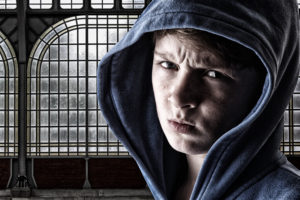 Bullying. The stigma. Schools either accept it happens and do their utmost to support both the victim and the accused. Or, they deny it exists, Ofsted Reports and status being given the upper hand…Bullying doesn’t happen in these schools it is simply the case that children are ‘grating against each other’  Really??

It is quite easy as a parent whose children have been on the receiving end of bullying to see red,to point the finger at the ‘bully’ and wish him or her all manner of ill. However when you look deeper – you perceive the young person who is crying out for support, who is confused; trapped within inner pain.

PHSCE &  SEAL are supposed to be the answer, but not only are there very limiting materials that hit the core issue, schools are tied by political and social restriction as to what is ‘PC.’ to deliver. Utterly ridiculous and so frustrating. Who really cares?- surely it SHOULD be about the welfare of the children in question?

The Learning To Live Program is one way that children and young people can reclaim their power. Whether they need self help strategies after having been on the receiving end of physical, emotional and psychological abuse or whether they are the accused; the child who is desperately lost and restricted, lashing out at the system that is hurting them.

It really is time for the system to accept that it is failing so many of our young people. There are spiritual traditions and schools of thought ‘out here’ that empower children and provide self help strategies that they can use themselves – throughout their lives – to take responsibility for their emotions and to process and balance feelings that are destructive to their health, well being and life experience. In addition these same techniques can aid them to access their latent potential, to discover their creativity, to manifest their hopes and dreams…to believe in themselves… What is so ‘un-PC ‘ about that?

When I unplugged my own children from the Matrix – I asked them to write me a list of what they would like to explore within their home learning. Interestingly the first thing they said was;

‘no RE…We are sick about hearing about Jesus!!’ My reply was ‘WHY? Jesus was a great man’ to which they responded, ‘We want to learn about energy work… about the chakras…we want to learn how to heal…’

This sums up the issue I think. Schools teach boxed Christianity…they pride themselves on being multi – cultural and  also therefore teach potted versions of other established religions. All of which are designed by MAN to control and restrict. However – what about those traditions that empower and liberate? The voice of the traditions such as the Paganism, Tribal Traditions that flow with the rhythm of Earth and Spiritual Teachings that by all accounts Jesus – the man – studied himself in the 33 years that are NOT accounted for in the story that is the Bible? Children are not stupid – why not give them access to ALL the information and let them figure out what is their own truth?…which path they resonate with and chose to follow?… Quite simply give them their freedom, let them out the cage…

Our future is in their hands. How can they become what they are born to be…develop into amazing beings that can potentially transform our world…if they are not permitted to breath, to question, to express?

I will never forget the ‘Bully’ I encountered at school. The hard core child you kept clear of, praying you weren’t going to be in his radar zone that week… The day he asked for a Home Economic Lesson purely so he could make his mum a birthday cake. I remember asking him to show it to me. It may not have been the most amazing cake in the world, but to me it is one cake I shall never forget. Neither will I forget the pride in his face as he sheepishly let me see… the squashed cake with its pink lettering he had iced the words ‘I Love You Mum’

Want To Improve Relationships In Your Life?

Since the Autumn term, KaiAmea for children has relocated to Dartmoor! The KaiAmea Learning To…

To find out more about KaiAmea and how it could benefit you, please get in touch.

Find out more
KaiAmea™ is a registered trademark of Kay Arwen © copyright 2014 all rights reserved.
error: Content is protected !!
Search